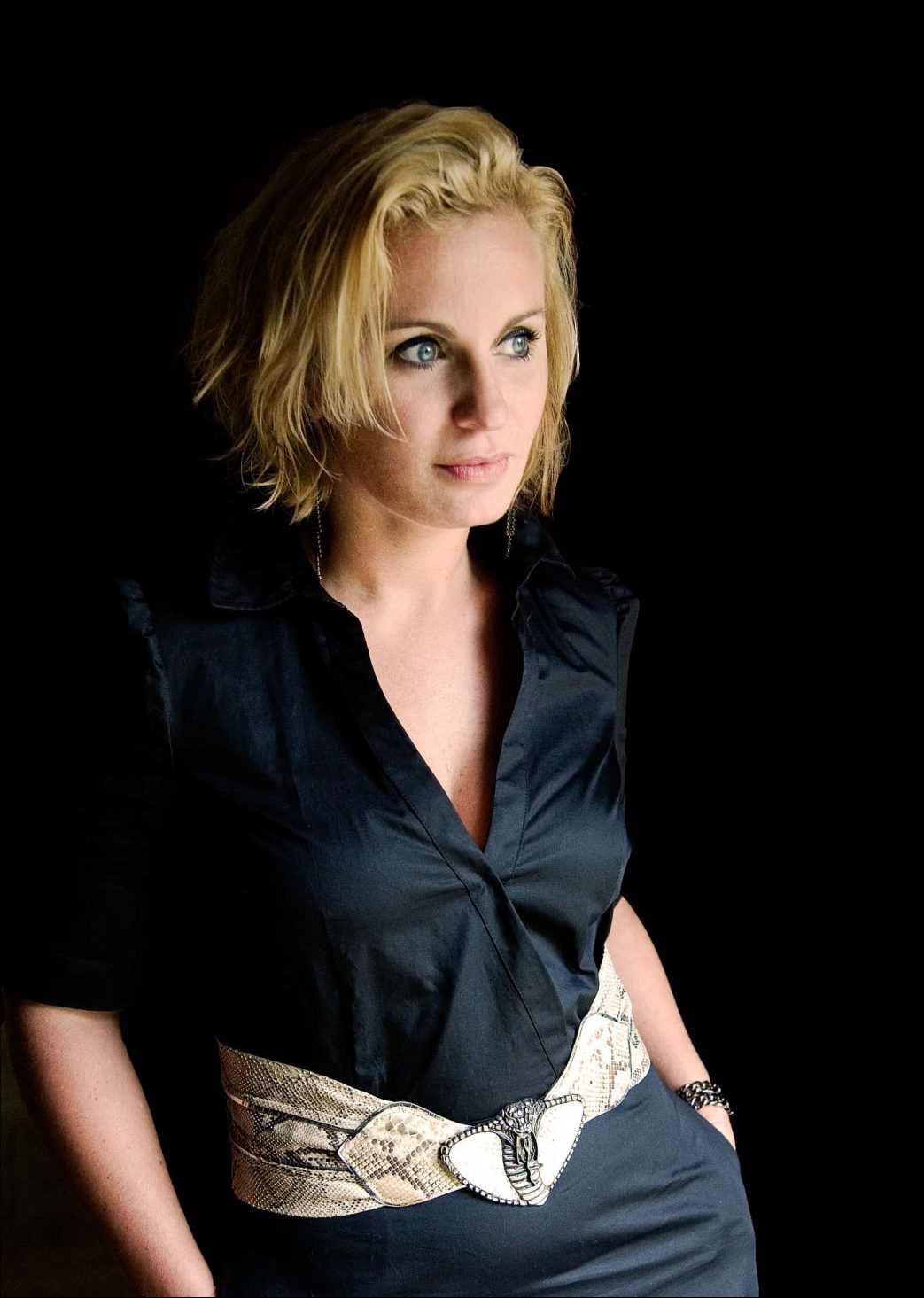 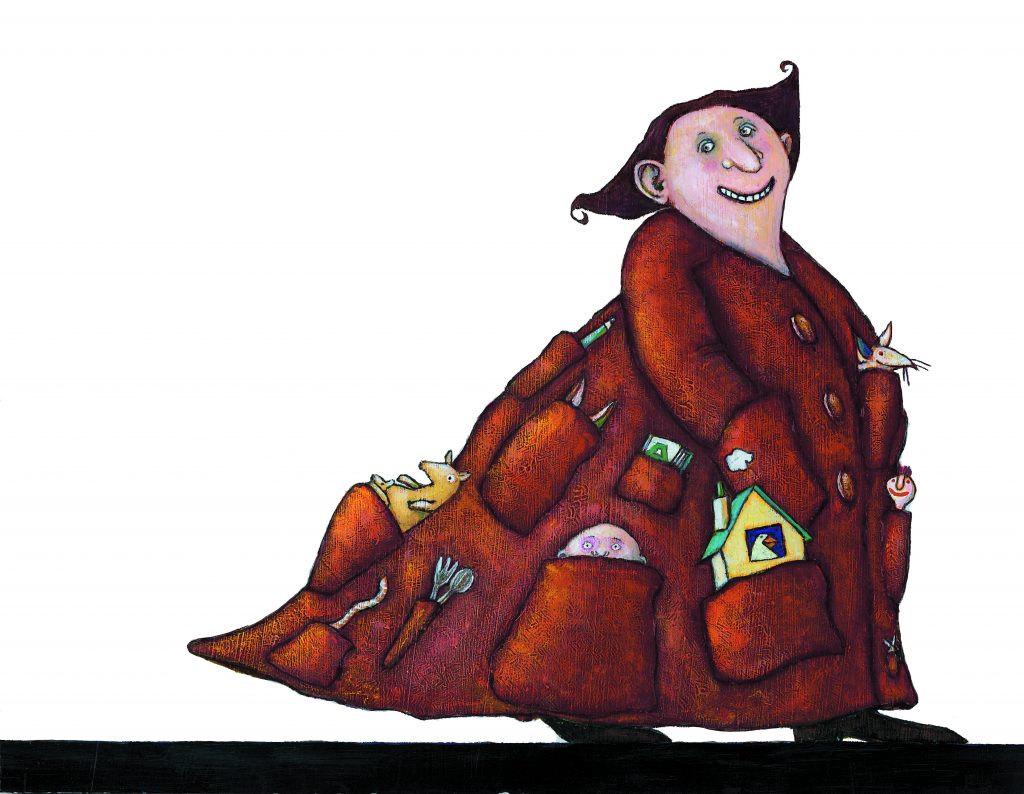 The challenges an expat’s partner faces once they’ve been packed up and moved across one or many borders are plentiful. From coping with cultural changes to starting over somewhere new, the challenges can seem never-ending. Some women are happy to postpone their career, but what if that’s not the case? Two trailing spouses share their story.

"I still haven't figured out where to get things like that here. I came over with a suitcase full of towels from the HEMA last time." Ilonka Vlot

“I was always the one who was going to pursue the big career,” says Ilonka Vlot (1971, Wormerveer, NL). Vlot is on Skype from Singapore where’s she’s just returned from a short holiday to The Netherlands with a suitcase full of towels. “I still haven’t figured out where to go for those kind of things here, so why not rely on HEMA where the offer is sturdy, affordable and well designed?” Vlot’s ’ main occupation these days is running a household of 4,5 (I don’t have to tell my husband what to wear, she laughs), but it hasn’t always been like that.

Ilonka Vlot is specialised in supply chain; inventory planning to be precise. She started working for a global tobacco company in 2000 and when her son turned one she started commuting between Utrecht and Southampton, England every week. “My husband and I always wanted three children, but I had a lot of trouble getting pregnant. When our son was four we sort of gave up on that dream and decided to pursue another: seeing the world.”

Vlot’s parents were partial expats (“We lived all the way in Belgium for four years”) and she had paid them regular visits when, during her twenties, they were living in Singapore. The city had a great appeal and Vlot decided to apply for a job there with her own employer. Unfortunately they opted for an Asian candidate instead of flying in an expensive European. The dream of going abroad hadn’t evaporated though, so when in 2010 an opportunity to do a project for her husband’s company in Geneva arose, the family decided to take it.

Life as a Trailing Spouse
“I then applied for a job with my company’s office in Lausanne and they offered me a position. We were discussing the details of my contract when I found out I was pregnant.” They’d never given up trying and after acupuncture the very last IVF treatment miraculously succeeded. “I told my employer ‘I’m sorry, but I can’t fill the position after all’,” says Vlot. It seems strange for a career woman to put that career on a side track, “but,” Vlot argues, “I don’t think it’s fair to either employer or child to be involved only part time. That’s when my life as a trailing spouse began.”

“Instead of both of us having jobs and sharing all responsibilities, now all of a sudden Jelle had the lead career, whereas I was always the one who enjoyed working the most. He used to have this vision of working within cycling distance and leaving with his lunch box on his transporter every morning.”

Vlot, true to her ambition: “I did want to make myself useful in Geneva, so I registered as freelancer, which took me over a year because of the bureaucratic swamp, and did a project for my former employer during my pregnancy. When my daughter was three months old I wondered what I’d do next. That’s when the next opportunity came along: Argentina.
We packed up to live in Buenos Aires for ten months. Our son could go to the international school, my husband’s work was easier as he was managing the same project as in Europe, and the abundance of public holidays gave us the opportunity to travel the entire country. It often felt like a holiday.”

The Logical Next Step
Standing on a Berlin street corner, Christa Baltzer-Bakker (1964, Haren, NL) shares her motivation to swap countries over the phone. “After twenty years Amsterdam had become all too familiar. My husband owns an internationally oriented scientific publishing house. He mainly works online, so location is not of great importance. Besides, from a perspective of growth and considering the international character of most editorial boards in the business, Berlin seemed a logical next step.”

Baltzer enjoys living in Berlin where she has been able to settle into a pan-European circle of friends. Her two sons, the eldest working as a cook in a star-restaurant, the youngest finishing high school this year, have lives of their own. After working alongside her husband for three years, Baltzer reinstated her former career: “I worked as an interior designer in Amsterdam for twenty years and felt it was the right time to start offering my services again.”

It makes a lovely scenario for the next stage of a professional career. Alas, the economy turned out to be as changeable as the weather and Baltzer saw herself confronted with some of the same challenges Ilonka Vlot was facing. “It proved to be quite difficult to realise a proper business model, so my husband decided to apply for a job with a large medical publishing company. In Switzerland.”

Handicrafts and Jewellery
“We knew there wouldn’t be a next job in South-America, so we started talking about the next move soon,” says Vlot. “Our son was tired of moving and hoped to go back to the Netherlands, but my husband and I wanted to do one more.’” After turning a down a job in the US (“We weren’t sure we would be happy in an average American city,” says Vlot), opportunity came knocking: a three-year project in long anticipated Singapore. “We were relieved. It meant our son could finally start making friends and I could get back to work.”

Once more Vlot got in touch with her former employer. Once more she registered as a freelancer to realise a project, because once more she turned out to be pregnant. “We hadn’t done anything to prevent it after the successful acupuncture treatment, and this time it happened spontaneously.” Vlot is overjoyed by seeing her dream of having three children come true, but she does feel now it’s time for her side-tracked career to start moving again. “I don’t need to work for the money, but I do need an activity of my own. I don’t really have hobbies – work was always my hobby – and I’m not the type to be involved in charity apart from donating,” she confesses. “I did join a group of mompreneurs (mothers with small businesses mainly in handicrafts and jewellery – ed.) but we don’t have much in common apart from being a mother.”

Sweet Home Switzerland
Building a steady client base is a challenge both Ilonka Vlot and Christa Baltzer face. But where Vlot is experiencing trouble establishing one because of differences in culture, the fact that Baltzer does have one is causing her headaches. “I have to carefully consider whether or not I will join my husband in Basel. I have work here in Berlin and will have to start from scratch if I move. I feel reluctant to slow down what I’ve only just built up. Plus, Switzerland isn’t what you would call welcoming to foreigners. Then again, renting two houses is expensive and, more importantly, it’s not very nice not living together.’

Baltzer chooses to look at things on the bright side: ‘My husband is Swiss-German and he has lived in Basel before. The city and its museums, restaurants, a few friends, they’re all somewhat familiar. That was a consideration when looking for a job.”

“I think I have the resilience to start over somewhere new again. As a child I’ve had to move quite often and I’ve learned to form new social circles quite quickly. Of course the experience of moving to Berlin helps, and the fact that I have a creative profession too; I can always find something to do. Even financially it’s possible to take it slow and just work on a new client network for six months, although I’m really enjoying working on a couple of projects for a Polish manufacturer just now.”

Vlot has less experience to rely on. “I never took to networking,” she admits. “But, after a year and a half of befriending potential clients I finally have some actual leads that might result in an assignment. In the mean time I’ve continued developing myself by organising lectures for the Dutch Chamber of Commerce. It’s satisfying to wear high heels and make-up again, taking the subway with a laptop under my arm instead of pushing a stroller. It gives me the energy I need to give to my family.”

Like Baltzer, Vlot has another change coming. “It’s very probable that by the time my leads actually solidify, I’ll be back in Geneva again,” she laughs, “but at least I’ll have practised building a network. I’ve really enjoyed what we’ve done, but I’m also looking forward to settling in one place for a longer period if we get the chance. We would be lucky to get to live in Geneva again, we really enjoyed our time there…”