Time is precious. For most of us probably so much so that it takes up a large amount of our lives. Making and planning our time for all sorts of things such as work, appointments, social occasions, ourselves and our partners, can be quite frankly, exhausting. Like no other people, the Flemish are masters at explaining why we really can’t meet for at least another three weeks because, well, our diaries simply won’t allow it. 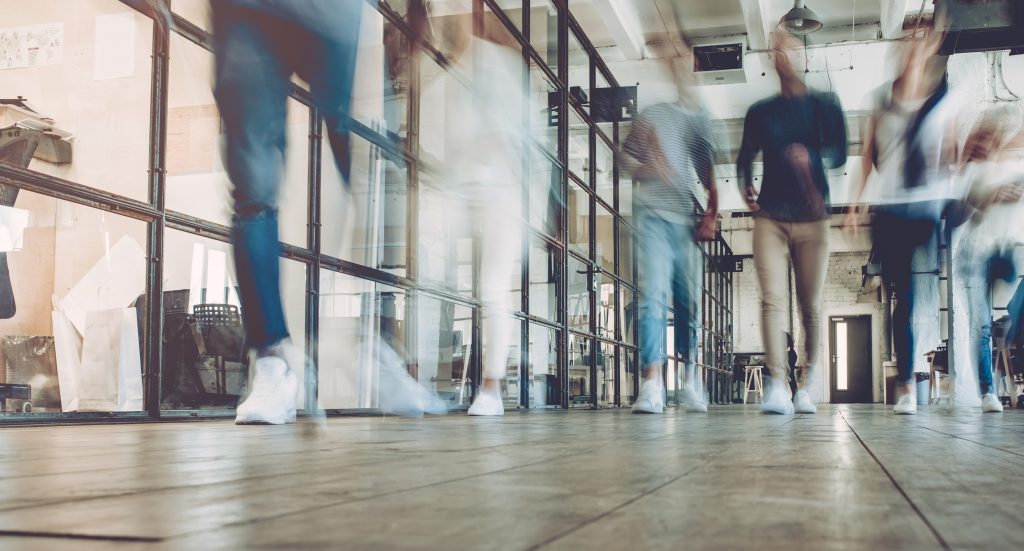 '“Our lives are controlled by managing time and making our schedules work.”'

Just over six months ago I met Izat*. Izat fled Afghanistan at the age of 19. He and his family lived in the village of Tagab in the northeast of Afghanistan, which has been under Taliban control since 1995. War has been raging in the region since 2001, and with Tagab trapped between the Taliban militia on the one side and government soldiers on the other, his village is under constant fire. Going to school is not an option as schools ceased to exist some time ago and career opportunities for young men are limited to being recruited by either the Taliban or the army. Realising this, his parents concluded there was no future for him in Tagab. They saved up 10,000 dollars and with a heavy heart helped their son flee to Belgium.

“If it doesn’t happen today, it’ll happen tomorrow, and if not tomorrow, then surely another time.”

Time is precious. For most of us probably so much so that it takes up a large amount of our lives. Making and planning our time for all sorts of things such as work, appointments, social occasions, ourselves and our partners, can be quite frankly, exhausting. Like no other people, the Flemish are masters at explaining why we really can’t meet for at least another three weeks because, well, our diaries simply won’t allow it.

When Izat* arrived here he had no idea about the busy lives we lead. Our lives are controlled by time and finding yourself suddenly thrown into such a hectic rollercoaster is anything but self-evident. His biggest obstacle, to this day, is the concept of dividing and scheduling time. In Afghanistan there is no such thing as an agenda. You live from day to day, especially in the region where he’s from. What doesn’t happen today is for tomorrow, and if it’s not tomorrow then it will certainly happen another time. This also means he experiences time differently than we do. When Izat first arrived, he only knew the terms ‘yesterday’ and ‘tomorrow’. Imagine trying to adapt to our ridiculously hectic lives, full of tight schedules and double bookings.

“Our lives are controlled by managing time and making our schedules work.”

I came home one evening and told him that I was sleeping badly as my mattress needed replacing. He suggested buying a mattress tomorrow to which I replied that driving to IKEA next week suited me better. I might as well have said next month, because he didn’t understand. “What does next week mean, Deborah?” I tried explaining that next week is the week following after this one, but that the day itself needn’t be set yet. “So next week can be in four days, but also nine days?” He looked even more confused. I nodded and told him we Flemish people are a little weird with time. Unsurprisingly, he struggled with interpreting a ‘next week’ appointment for a long time.

In the early days I sent him two messages per appointment. One to confirm that he had an appointment and a second message as a reminder an hour or two before the appointment. I also made a weekly schedule and hung this on the fridge. This way he gradually started learning about the concept of having appointments and meeting them. And although Izat still isn’t quite ready yet for the kind of carefully planned lives we Belgians lead, he has come a long way these last six months. He understands what it means when I tell him that I am away next weekend, but even so, the social worker and I still send him a message the day before one of his appointments to be safe.

Since two months Izat has a job. On weekends he works as a dishwasher in a local restaurant. Never has he been late, and he isn’t happy when they ring to cancel his shift. His motives are different than mine. Every hour he works is an hour he earns money. Part of the money he earns goes to his family in Afghanistan. Now that the Taliban have shot his father in the leg, he is no longer able to work. Izat feels responsible for his family and sends money each month. To put this into perspective: a newcomer can earn up to €240 per month on top of his integration income. Any more than that and his living wage is docked. Considering that this is just €910,52, there is little room left to save, and time is running out.

“The programme deals with what is right in front of us, but spends very little time on what will happen after it ends.”

Izat and I will live together for a year and a half. We’re now six months in. In October 2019 the project ends and he will be expected to have learned enough to live completely independently. It frightens me. He is progressing in leaps and bounds and was recently crowned top of his class, but even with the money he can(not) save right now, things are going to be very difficult.

The project focuses on the situation now and current issues (such as Izat’s unstable health), however very little time is spent on preparing the boys for what will happen once the programme ends. Key of course is helping them integrate into society as quickly as possible, but that’s a long process. Social workers have a very limited amount of time per client. Each social worker has to make priorities, and oftentimes this is a choice between head and heart. They are exceptionally aware of how difficult it is for newcomers to create a sustainable future.

When Izat first arrived in Brussels he was sent from pillar to post. For forty days he was dependent on a crisis centre where, if he was lucky and on time, he could eat and spend the night. Sometimes he couldn’t. Then he’d sleep in the Maximilliaan Park. “That was very cold, often I do not eat or sleep,” he tells me.

While we sit here talking on our settee, I look outside. I’ve just come back indoors after managing not even five minutes on our terrace. I try and imagine lying on a park bench in these temperatures, surrounded by people who only wish for the night and time to pass by faster. What must it be like to not know anyone? To be surrounded by strangers speaking a strange language? I brush away a tear. Sometimes I struggle to grasp what he has gone through just to get here.

“A pretty impressive workload if you ask me.”

From Monday to Friday Izat attends school fulltime. On top of this he follows a course on ‘social interaction’ on Tuesday evenings that aims to teach him how we communicate in Flanders. Topics such as how to cope with stress, how to manage time, habits and customs between men and women, and more are discussed here. And then he works on weekends. Depending on the restaurant’s need, one or two days. Which I consider a pretty impressive workload.

His parents have no idea what his life here is like, how much time he spends practicing the au-sound or the word ‘voraw’ (vrouw) or even that he is living together and spending time with a female who is not his wife. During those early months Izat spent a lot of time in his room, alone. Slowly he has started to get to know me and open up to me. Not an easy task for someone who has been through so much and has had his trust abused so regularly through the constant transfers and leaving behind of friends. The trust he places in me, the openness with which he speaks now and the moments he wants to spend together mean the world to me.

“Never ever have I experienced such respect and generosity.”

I’ve a fair amount of experience of living together with people. But I have never enjoyed the respect and generosity that I am given by this young man, in any kind of relationship. Recently he came home after a long weekend’s work with some money in his pocket. “For you,” he said “because I see you replace lamps and they expensive.” I was left speechless. Of course I couldn’t accept the money, but his offer said so much more. We’re a family now and we share expenses so I want to contribute was what he was really saying. Is there anything more heart warming to start the year with?