I had the pleasure of attending, for the third time already,  the expat event organized by De Community Gent on Thursday evening 19th November 2015.  This year the event took place in the magnificent premises of the Vlerick Business School in the center of Ghent.  A variety of expats living in Ghent, around 100 persons,  were present. Spoken language of the evening was English.

'"Ghent is cementing its place on the destination map as Belgium’s third largest city. We want people to see our city for vibrant, multicultural and welcoming place it is.” Bart Vandesompele, De Community Gent'

We were warmly welcomed by  Mr. Bart Vandesompele, Managing Director of De Community Gent.  Ghent’s Mayor Daniël Termont, was the second speaker.  He explained, based on the questions and suggestions that came up during the previous expat event  in December 2014, which was hosted by the city hall of Ghent, the expat services Ghent has been working on the last year and the future, foreseen improvements.

Mayor Daniël Termont was followed by  Prof. Dr. Barney Jordaan, who entertained us all with his presentation about “Surviving in the corporate jungle. What can we learn from the conflicts in the animal world to solve our differences?” The lively remarks and questions raised by the public made for an interesting,  interactive discussion.  Afterwards, at the Vlerick’s ground floor cafeteria, an unconstrained networking drink was organised. The many expats in attendance, both from Ghent and other cities, were able to mingle with the stakeholders and sponsors of De Community Gent present that evening.

Again, De Community Gent’s effort to set in place an event especially focussed on its expats has been a real success.  Next up is the “Expat New Year’s Drink” on Monday evening 25th January. Around 100 expats have subscribed to this event and De Community is looking forward to it.

The association was created back in May 2013 and comprises three main partner groups: Expat Community; Jong & Wijs (Young and Wise) and Wijze Vrouwen (Wise Women).  In the future, other groups might be created in function of specific needs, Vandesompele tells us.

It was created as a meeting place for co-operation, exchange and interaction between the city of Ghent on the one hand and her societal, socio-economic, scientific, cultural, sport and other stakeholders on the other hand.  Its main aim however, is to further strengthen the city’s image by showing a vested interest and proactive approach to bringing stakeholders of all shapes and sizes together through regular networking and informative events.

The association is an interactive cooperative platform by the many organisations in Ghent that believe the city has the DNA needed to forge an even stronger identity in the international community.  “We want to show how attractive our city is to both the multinationals and the expats that they employ,” explains Vandesompele.  “Ghent is cementing its place on the destination map as Belgium’s third largest city.  We want people to see our city for vibrant, multicultural and welcoming place it is.” 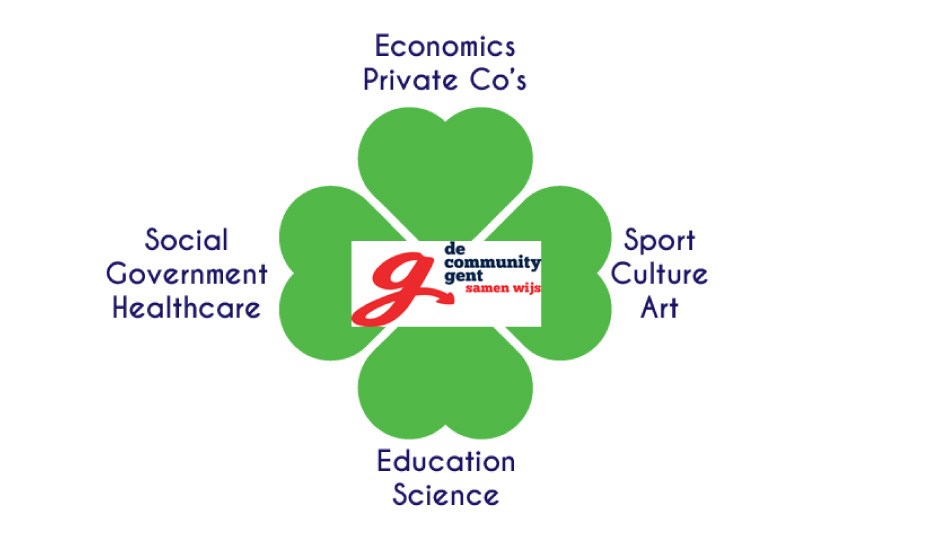 “Expats who come to live and/or work in Ghent will always be made to feel welcome and contribute to the open-minded spirit that our city has become known for,” Vandesompele summarises.

Visit www.decommunitygent.be for further details on their work and upcoming events.