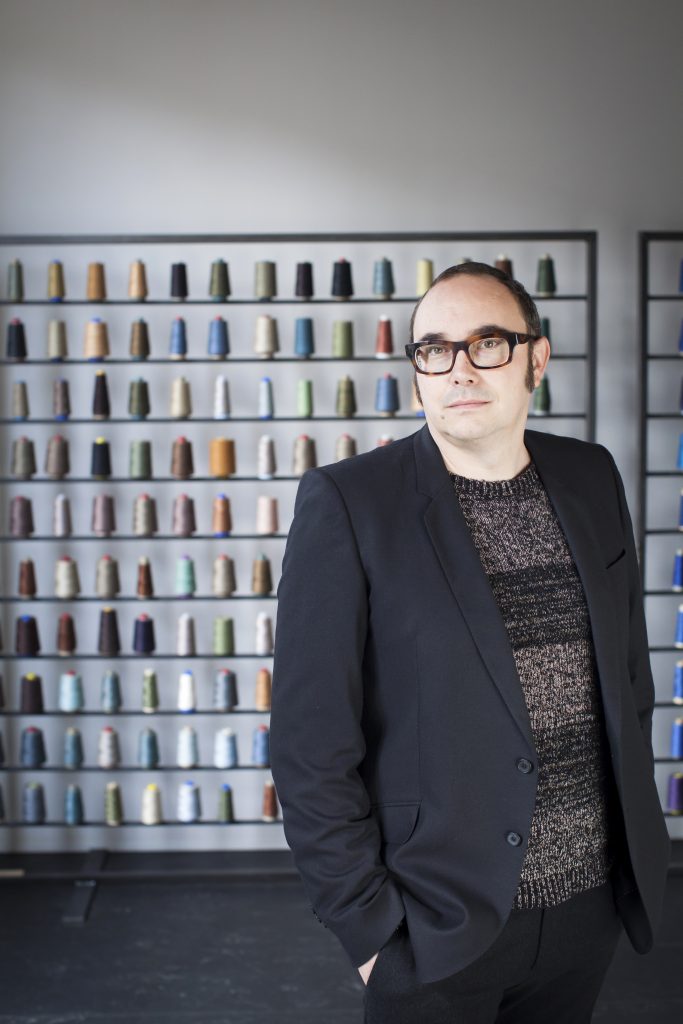 Fashion designer Dries Van Noten and multi disciplinary artist Koen Vanmechelen, to name just two, are both ambassadors of the Flemish creative industry that will likely ring a bell for most people. Successful examples, not only because of the quality of their work, but thanks to their business-spirit too. The Flemish government cherishes and stimulates this kind of creative entrepreneur and in order to offer them a platform created Flanders DC in 2004. Flanders DC could be considered the ultimate stomping ground for a healthy cross-fertilisation of business, technology and (artistic) creativity. So what’s in it for Belgium? Fertile soil for international companies and a future proof job market.

'“I think we’re one of very few companies that recognizes the need to be on Facebook and Twitter during working hours, this is where many new ideas are introduced.” Pascal Cools, Director of Flanders DC'

2004. The Flemish government observes the need for a new paradigm in order to become the creative, innovative region they aspire to be. Until that time innovation was considered something exclusively technological, but around 2004 it started to become clear that new business models were needed and technology was no longer sufficient when handling ever more complex societal issues. A second insight, they couldn’t do it alone, led to the formation of a group of people with diverse, creative backgrounds.

“It started with a conference in Leuven appropriately called ‘Creative Districts Meet at Flanders’”, Pascal Cools, director of Flanders DC, recalls. “Representatives from nine different innovative regions worldwide were invited. The internet has proven to be a great tool to find interesting start-ups and policy surrounding them, how else can you know what’s happening in South-Africa and Israel? Of course there are several organisations, like the Organisation for Economic Co-operation and Development (OECD), that look into those types of initiatives too.”

The attendees agreed that the initiative to exchange best practices and experiences with trans-regional and trans-disciplinary collaborations was worth fostering and the DC Network, the international branch of Flanders DC, was born. The Districts of Creativity Network currently unites thirteen regions spread across the globe from China, to Brazil, Finland, India, the USA as well as several European hubs. DC Network organises two annual activities: the Reverse Mission, a delegation of entrepreneurs, policy makers, educators, sector-representatives, pays a study visit to one of the member-regions, and the Creativity World Forum, a conference organised by one of the members focused on multidisciplinary collaboration, which takes place in one of the member regions. CWF returns to Flanders every three years..

Stimulating Creativity and Innovation
So why did a government decide to stimulate creativity and innovation in business, culture and education? Not only on a domestic level but across borders too? What are the benefits? And, what’s in it for Flanders? Pascal Cools explains why creativity is such a magical ingredient. “Think about services like Uber or Airbnb. Those are typical concepts from creative sectors, combined with technology and a nose for business. The key to their success: user centric design. This might sound very logical but 90% of companies don’t take the perspective of their customers. My cliché example would be Apple that made computer technology easy, beautiful and fun. They wouldn’t have succeeded with just engineers who think much more linearly.”

Cools also has something to say about the broader value of bringing creatives into your company than just enhancing the saleability of your product. “Competition is not only next door but across the globe. It’s impossible for a Flemish company to compete with a ‘Made in China’ aluminium window frame that’s 40% cheaper. Meaning if we want to assure jobs in the future we will have to make sure companies have a chance of surviving. And that means they need to innovate. The Fortune 500 includes businesses that were able to adapt to circumstances, that reinvented themselves, companies like, again, Apple, Microsoft, Google.”

Besides the commercial necessity there’s also a moral aspect to the need to innovate. “There are societal challenges that ask for a creative solution: climate changes, hunger, diversity”, says Cools. “We need to use the full potential, not just stick to the laboratory. I’m convinced that creatives, meaning people with artistic creativity as their raw material, can contribute to solutions because they perceive the world differently.”

Study into the Success of Thinking Outside the Box

Whether the ‘box’ be a department, a company or an industry, in an economy that can only grow by means of inspiration and creativity, staying within your own walls doesn’t suffice anymore. Flanders DC asked Vlerick Business School (an internationally oriented independent school) to look into what components make innovating across sectors a success. The study was finished in 2015 and then translated into a convenient ready-to-use online tool for managers. www.innovatiefsamenwerken.be

Born Global
Though internationalisation is a large chunk of Flanders DC’s operations, they mainly operate on home ground. Daily business revolves around what Cools calls a ‘Disney slogan’: making entrepreneurial Flanders more creative and making creative Flanders more entrepreneurial. “After twelve years of focussing mostly on the first aspect, the government has asked us to concentrate on the latter,” Cools says. “(Would-be) entrepreneurs from twelve different creative industries like fashion, gaming, design, film and architecture can knock on our door for a broad range of topics such as advice on finance, business models, inspiration and network. We have a special focus on fashion, gaming and design because these three face the same challenges. Companies within these sectors are intrinsically internationally oriented. In fact they need to be ‘born global’, meaning they have to start operating on the international market right away because Flanders and Belgium alone are too limited for them to succeed. We help them with issues such as ‘I want to go to Hong-Kong, but how do I go about it? Do I go there, or de we go to special fairs for design, fashion and gaming?’”

The website cici.flandersdc.be features 32 projects that originated in the 2013 en 2014 Open Call for Innovation with Creative Industries (cici). These projects were selected as they have a possible impact on Belgian science, industry and/or society. One example is the wireless brain scanner developed by the Gent University Hospital that researches brain functions without the patient having to sit still in a hospital ward for days looking like Frankenstein’s hat maker. Patients, and especially kids, wouldn’t wear the helmet, which meant data-gathering was difficult. The cici-project united scientists, designers and a specialised CAD drawer who together realised a comfortable, nice-looking headband. The longer a child wears the band, the more points he or she collects, which is where the game comes in. Pascal Cools reckons this is where its success lies: “The question is not how can we make the machine wearable, the question is how do we make patients want to wear it.” Other examples are wooden interior design objects made from orchard waste, a mobile lab full of technical novelties to introduce children to technique, science and art and a food pairing app that helps you discover flavour combinations previously unheard of.

The Freedom to Feed Creativity
Flanders DC was instigated by the government, but isn’t a governmental organisation. Cools: “They always said they’re interested in results and an increase in revenues, but apart from some of the guidelines I mentioned earlier, they don’t really care how we get there. We have the luxury of great mutual trust. Of course we’re monitored to see if we spend their money efficiently, but the political interference is limited to that.”

Freedom is something Cools offers his people, not surprisingly a multi-disciplinary team, too. Creativity can flourish when there are as few as possible restrictions in how employers reach their targets. How they stay inspired? Cools: “Keeping our antennas activated at all times, keep our finger on the pulse. I think we’re one of very few companies that recognizes the need to be on Facebook and Twitter during working hours, this is where many new ideas are introduced.”

The world is continuously in motion and that’s a fact. Since 2004 many organisations and companies have discovered the benefits of cross fertilisation between disciplines, of injecting a dose of external creativity into their workflow. We might even say it’s becoming mainstream. Does that mean Flanders DC’s job is done? “It’s true we’re facing a new challenge,” acknowledges Pascal Cools. “We have to strive for redundancy, as this would mean we’ve completed our task successfully. It goes against commercial logic, but from a societal point of view it’s the only direction we can take. From a personal perspective it will obviously be a shame if our work ends, but I don’t think we’re finished yet. It’s going to take time before creatives are considered equal to and by the rest of the market.“