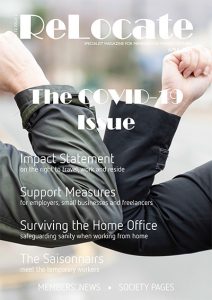 In October 2013 I moved to Antwerp for the second time around. The first time, in 2005, I came over for an internship and stuck to a man. The relationship ended and back to the motherland I went. My subsequent return to Belgium was because of a lover, again.

We were living in Amsterdam but never quite felt at home. It was clear to us our future lay beyond the horizon. It was too early in our lives to settle in all too familiar Utrecht, so if we were going to a new town anyway, it might as well be abroad. Off we went, to a light and spacious apartment that felt like a palace after our worn down, ready-to-be-demolished shared house in an industrial zone with frostwork on the bedroom window and just a single woodstove to keep us warm.

The range of changes one encounters when switching cultures is very wide: from emotions to how you perceive the world. Stress, the ability of handling all the novelties or not, are also part of that,” Batja Mesquita

Steering my bicycle through familiar lanes and unfamiliar alleyways felt like being madly in love. We had no jobs, few friends and lots of ‘goesting’ to try everything the city had to offer. More specifically we were looking for a new balance where work and play would produce the perfect breeding ground for all those artworks, articles and books that were slumbering in the back of our minds.  Writing is my business and observing my second nature – surely those ingredients would make a fine cocktail from which to capitalise on my experiences.

When you first arrive somewhere new it feels like an extended holiday. Knowing you’re not returning home any time soon makes all the difference – there’s no need to go looking for bread and cheese during a Thai holiday because you’re perfectly content to have rice every day.  But a trip around the world is nothing compared to dealing with insurance companies, Flemish landlords, looking for work, trying to make friends to explore foam art coffee places with instead of staring out of the home-office window at a lonely weed trying to prosper in a crack between the bricks of the house opposite.

Once the excitement of the new started wearing off, gloomy days and mornings thick like cold mush settled in its place instead. My previous experience with Antwerp and the Flemish only helped so much – it was very different living there with a Dutch partner instead of a local. While he was away (and he was half the time) I was trying to make sense of the seeming lack of logic in supermarket layout (we’d never start with the wine), a leaking roof and a hysterical landlord, a debit card that only worked in half of the shops I frequented. And those were merely some of the practical issues.

Though utterly scared of failure, I started to gather evidence to help me write about why my attempts to make sense of my new surroundings – and my place in them – made me feel like a wind-up toy in hot quicksand. Crossing just one border had turned me into a migrant and that status changed everything. Where in Amsterdam I had found myself doing silent battle with my computer, stressed by lack of inspiration and full of regret for not grabbing the opportunities for internships I was offered, in Antwerp I suspected depression from information overload lurking around every corner.

During my research I learned that there’s a word for this kind of stress, an entire research area even: ‘Acculturation Psychology’. Batja Mesquita, Professor of Psychology at the KU Leuven and ‘hands-on’ expert: “The range of changes one encounters when switching cultures is very wide: from emotions to how you perceive the world. Stress, the ability of handling all the novelties or not, are also part of that,” Mesquita explains. “An international move doesn’t only mean a material change, it also means losing one’s social network. Acculturation can make you tired because everything, even the appearance of a milk bottle, is different from what you’re used to. In very severe cases acculturation can cause exhaustion, anxiety or depression.” Mesquita confirms that this also applies to a seemingly not-very-drastic move from The Netherlands to Belgium.

So there it was, a label for my condition. While attempting to find certainties in Belgium, I discovered a profound Dutchness within myself. Apparently my desire for order and planning weren’t merely a question of character: I could’ve given that example of the milk bottle myself. Something seemingly trivial like how the isles of a supermarket are arranged proved to be essential to my wellbeing. So when late last winter the supermarket around the corner sprang from its makeover as a blue and white Albert Heijn, I found myself grinning from ear to ear amidst the isles of familiar products glistening in the tube light.

I can’t say which effect Albert Heijn has on my writing so far, but I do know I’m feeling more at home.

When I first got here I swore to never visit the Dutch grocery giant, but I reached the point where wellbeing prevailed over principles. Apart from the fact that they were the nearest grocer, they were also cheaper and open until eight PM.

I’m over the moon to have my favourite peanut butter again, to be able to find the fresh milk with my eyes closed and vinegar and oil together on one shelf. I have to confess to choosing the soothing comfort of being surrounded by ‘vla’, ‘drop’ and ‘stroopwafels’, even though I never eat them, over the thrill of a foreign supermarket – for daily business at least.

I can’t say which effect Albert Heijn has on my writing so far, but I do know I’m feeling more at home. And yes, I found a job, I found that coffee place I can hang out with new and old friends and a proper chunk of Dutch cheese only a brief walk away. Maybe it’s finally time to start writing that book.