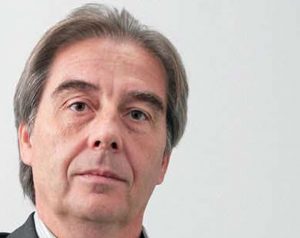 Just as the US has Silicon Valley, Flanders has Biotech Valley. Or rather ís, because the activities of the Life Sciences and pharmaceutical industry are so dense you need a magnifier to discover every spin-off and start-up. Flanders is Big in Life Sciences, of global stature as a matter of fact, and that, as you might imagine, generates an inflow of knowledge workers, also known as expats.

'“The density and sheer number of businesses here is hallucinatory when you compare it to the States.” - Mark Vaeck, CEO at Complix'

How come Belgium’s such a big player? And what does this silent giant of an industry actually entail? Life Sciences are those fields of study that deal with living organisms and their life processes. You may think in the direction of biology, healthcare and medicine, nutrition, microbiotics, ecology and the various interconnections between those fields. Especially Research & Development, and more precisely the expertise in the area of clinical studies, puts Belgium at the European summit of biotech, the cross-pollination between biology and technology. Twenty-nine out of thirty top pharmaceutical companies that operate in this field (including of course Pfizer, Johnson & Johnson and Bayer) have offices in Belgium.

Let’s start with some facts and figures. The Belgian biotech industry:
• Is the number one R&D employer in Belgium;
• Was the 2nd largest biopharma exporter in Europe in 2013;
• Creates three indirect jobs for every biopharma job in Belgium;
• Has high global rankings in actual production and patents.

As for the other question, why Belgium, there are a number of factors to account for. Call it a tripod made up of political, economical and scientific factors. Of course this industry didn’t drop onto Belgian soil out of thin air. It all started in the early 80’s. Mark Vaeck, currently CEO of Complix, was “lucky enough” to witness it. “In 1980 Amgen, one of the pioneering biotech companies, was founded in the US,” recalls Vaeck. “In 1983 I started out with Belgium’s first biotech company, which was founded only a year earlier. Only two years later a second company was raised and from there it was a speedy development on account of very important molecular biology research done at the university of Ghent and the spin-offs this created. Two laboratories in particular were important to that development, that of professor Van Montagu, scientific founder of Plant Genetic Systems, and the virology laboratory of professor Fiers that formed the basis for Innogenetics. A lot of the people who now hold top-jobs in biotech in Belgium started out in one of those two companies. So you could say Belgium is a cradle of biotech.”

“Flanders has an innovation culture similar to Silicon Valley. It’s multi-cultural and multi-lingual – research shows that people from such a background are better innovators,”  – Bernard Munos, founder of InnoThink

The whole region of Flanders, with clusters around Ghent, Leuven, Brussels and Hasselt and Antwerp, compares very favourably to the rest of Europe. “It has an innovation culture similar to Silicon Valley. It’s multi-cultural and multi-lingual – research shows that people from such a background are better innovators,” says Bernard Munos, founder of InnoThink (innovation in pharmaceutical industry, ed.). What’s more, the proximity and cooperation between different companies and researchers make Flanders attractive to small companies and small(er) companies can innovate more easily.

But that still isn’t all. Let’s not rule out the importance of a government with a nose for opportunities in growing business and welfare. Minister De Croo (Open Vld, Vice-President, involved with the World Economic Forum) summarises the reasons why he believes Belgium holds a 16% market share in Europe:

Mark Vaeck explains why he and Complix chose to set-up and stay in Belgium. “I have experience in The Netherlands, the US and Belgium. Since I was born and raised here, it’s the most evident territory for me. The technology of Alphabodies was developed within Algonomics, also a Belgian company, in which I was a Board member until we decided to establish a new corporation especially to develop the Alphabodies for therapeutic applications. So my network is here. It’s hard to predict the future, but the next logical step might be to start a subsidiary in the US, as stepping stone towards a listing on the Nasdaq stock market. Other than that, I don’t see any reason to go anywhere else but Belgium, especially the UK,” Vaeck chuckles.

“The surface of Flanders is comparable to that of a large city in the US. If you consider that, the amount of businesses here is hallucinatory,” Vaeck continues. “This density is good. There’s a network of related service companies, good staff, short distance to the universities and we are centrally located in Europe with connections to all the large European cities. Fiscal and practical governmental support also adds to the attractiveness of the region. Subsidies and a reduced income tax for expats compensate for the high taxes and labour costs.”

Science Parks
The activity is mainly concentrated around the universities and the affiliated science parks, the largest being those of Ghent, Leuven and Brussels, which are in a sense a combination of the previously mentioned factors: location, knowledge and financial benefits which attract investors and thus create more jobs. No wonder they call them incubators (from the dictionary: ‘a place, esp. with support staff and equipment, made available at low rent to new small businesses’).

Mark Vaeck acknowledges the benefits of a science park. “We cooperate with several of the universities on a regular basis, but also with VIB, an umbrella research group. Being near such locations makes communication easier. Because of the short physical distance and close cooperation, our branch in Hasselt for example provides us access to the animalium for animal testing. Complix also has a small subsidiary in Luxembourg. The offices are situated at the LIH (Luxembourg Institute of Health), which grants us access to their infrastructure, including machinery that’s too expensive for a small company like ours to buy.”

Expats and a Global Mobility Policy
When asked about a global mobility policy, Mark Vaeck can’t help but laugh. “We’re only twenty five people, what do you think? No, we try to stay lean and mean, with little administration. At this moment we have one foreigner working for us, the Chief Scientific Officer, who is an Irish lady. It’s an important subject though. To be competitive you have to be able to attract the right people, and you won’t find all of them within one small country. Luckily we’re attractive right now, also because of our alliance with Merck & Co (a US  pharma giant, LLtV) which means a real boost for the company’s profile. When we start growing in the future we’ll be able to attract more international people. I always refer to Ablynx (another biotech company that Mark Vaeck also co-founded and led as CEO for the first 5 years, LLtV), we started out small there, and now it has a 300-people staff, which counts, especially within the management, several foreigners.”

“Belgium is an attractive place for biotech companies,”  Vaeck concludes. “The advantages on income tax for expats makes it agreeable, the fact that most people speak English much better then in our surrounding countries, Brussels’ multicultural melting pot, a high standard of living and decent housing at acceptable prices, short distances between hotspots like Ghent and Leuven, good restaurants, nice festivals; Flanders scores pretty well on all those subjects. One thing that needs improvement is the number of international schools. And the traffic jams, they’re a real pain.”